The money could transform their lives. But thousands of eligible kids may not get the new child tax credit

Home » Bulletin Board » The money could transform their lives. But thousands of eligible kids may not get the new child tax credit
Bulletin Board 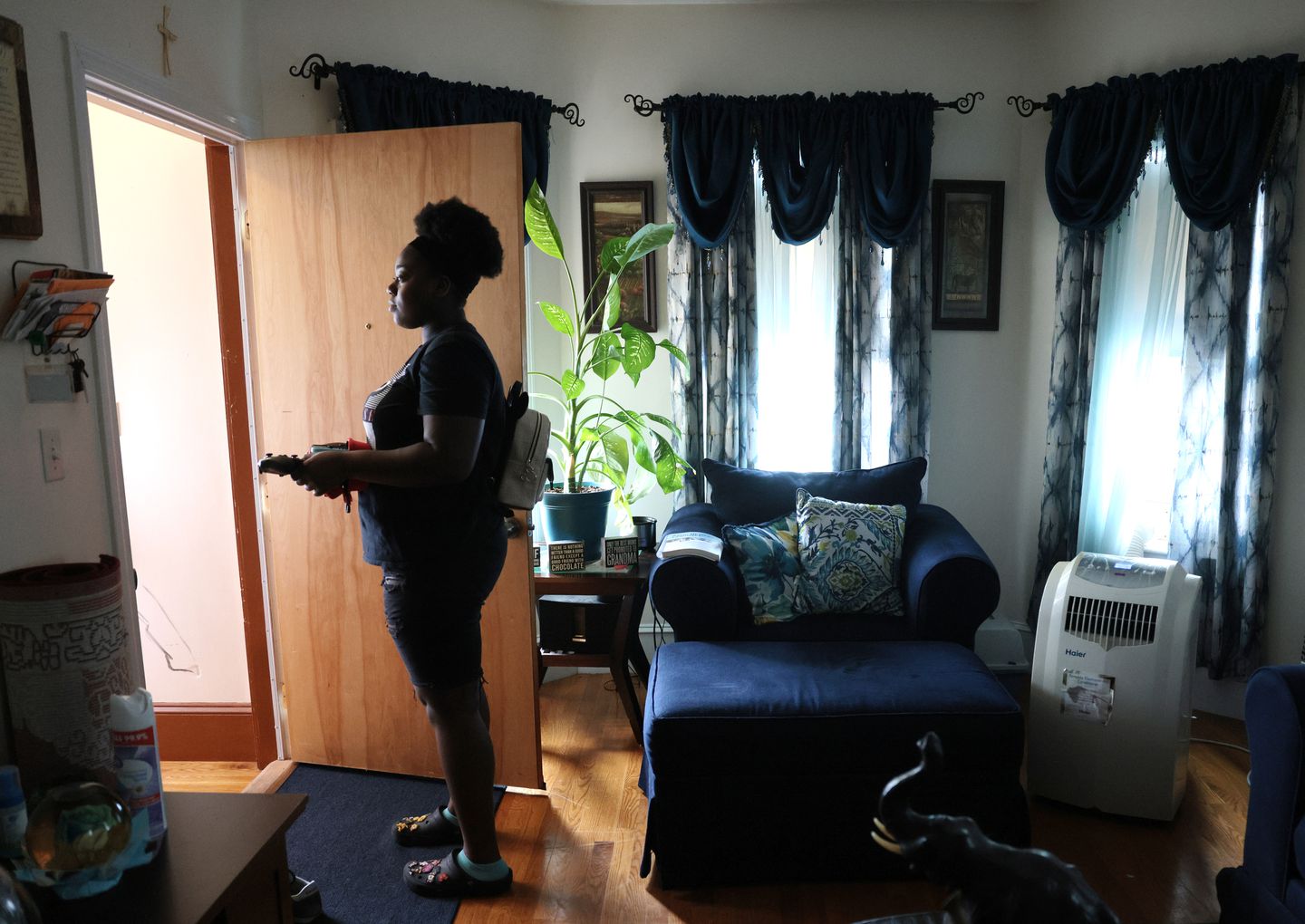 Because Lashaya Cuff and her sister are under 17, their mother is eligible for $500 per month. She didn’t know she qualified.JESSICA RINALDI/GLOBE STAFF

On July 15, the IRS will begin sending monthly checks to almost all families with children in the United States — the official launch of President Biden’s flagship antipoverty program. Hailed by advocates as a transformative way to halve child poverty, the effort is also a national experiment in something akin to a universal basic income.

But in order to fully live up to its promise, the money must reach everyone who is eligible to get it. And that’s proving to be a major hurdle.

Both the IRS and local community groups are warning that a significant number of families who most need the relief risk falling through the cracks because they are not known to the IRS. In Massachusetts, roughly 58,000 children who are eligible for the money may not receive it, according to a ZIP code level analysis by the IRS.

That includes children whose parents earn too little money to be required to file taxes, and families with mixed-immigration status, in which the children are citizens but the parents are not. (Any child with a Social Security number is eligible for the credit.) The number of children most at risk of missing out is highest in a Framingham ZIP code, followed closely by ZIP codes in Everett, Malden, Revere, Dorchester, Lynn, and Chelsea.

“They’re the ones who need it the most. In that sense, it’s failing the group that really needs that intervention,” said Dr. Lucy Marcil, cofounder of Boston Medical Center’s StreetCred program, which provides free tax services to families. It is one of the only free tax preparation programs that remained in Boston after tax season ended, even though many families need help now to get the credits.

The child allowance is grounded in the idea that raising children is expensive, and the federal government has a long-term stake in their health and well-being. Families will receive up to $300 monthly for every child under 5, and up to $250 monthly for every child age 6-17. Half of the credit will be delivered each month through December; the other half will be distributed in tax returns next April. The amount of the credit decreases proportionate to income, but only the wealthiest families would receive nothing — for example, the credit would drop to $0 for a married couple with one child who make $440,000, according to the Congressional Research Service.

For most people, the process should run smoothly: The IRS will calculate benefits based on 2019 or 2020 returns and directly deposit the money, mail a check, or send a debit card loaded with the funds.

But the very poorest people, who don’t file taxes, as well as those who are undocumented, must register their information with the IRS to get the credit. That’s a daunting, bureaucratic task for people like Bonita Cuff. Cuff, 53, lives in Dorchester with her children, two of whom are eligible for the credit. She stands to earn $500 per month through the program and she already has a plan for how to spend it. 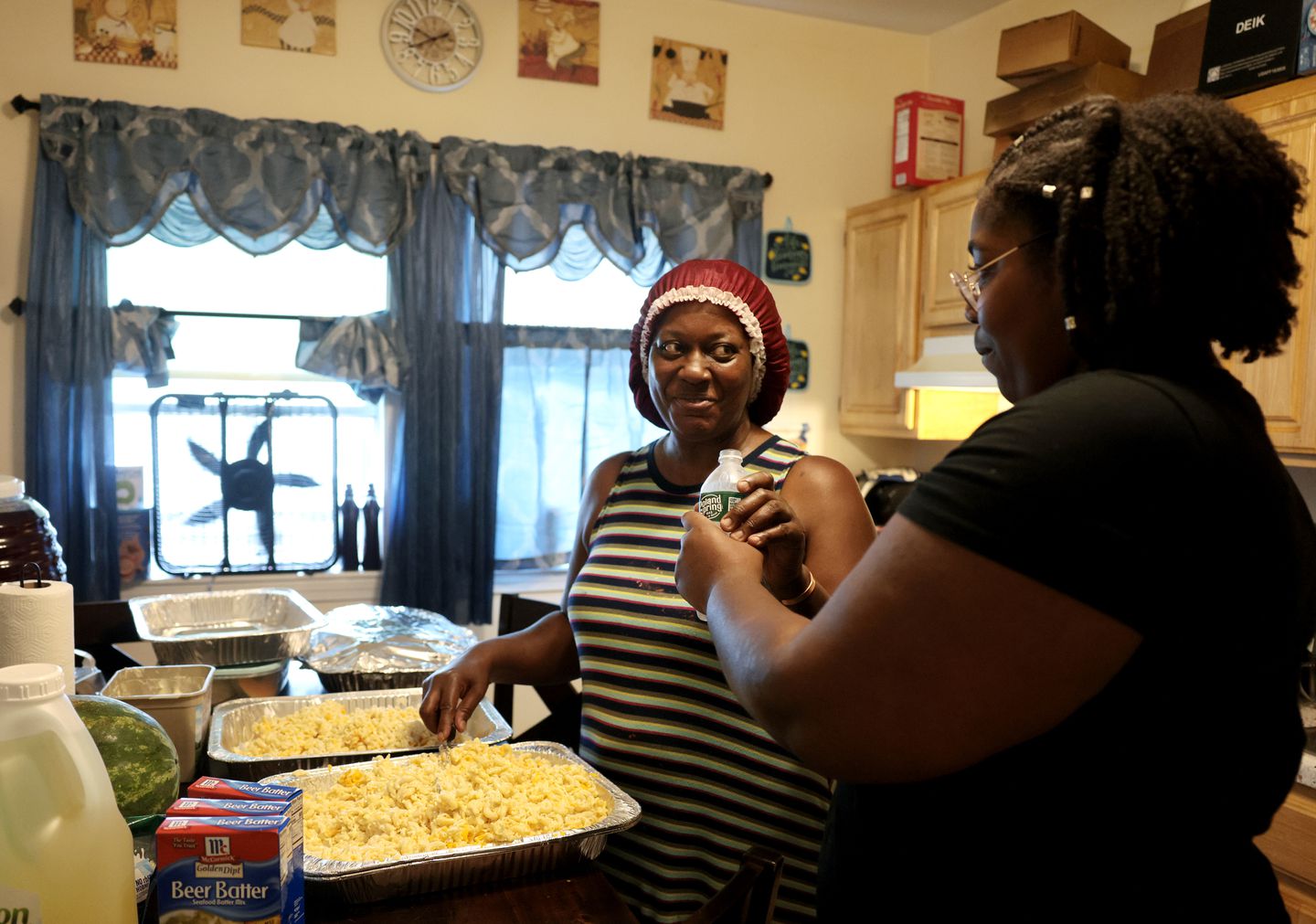 “When it’s time for the kids to get back to school, it’s going to help me get them their boots, sneakers, and coats,” said Cuff, an advocate with the nonprofit Witnesses to Hunger and an active member of her Pentecostal church. She also aims to pay down credit card debt she accrued during the pandemic.

Cuff, who has a health condition and receives disability benefits, does not earn enough to be required to file taxes. That means the IRS doesn’t have her in their system, and until a BMC staffer reached out to her, she didn’t even know she qualified.

Local groups are working hard to make the process easier. At their urging, the IRS recently introduced a ”non-filers portal” where people who do not file taxes can register to receive the credit. Even that “could really be simplified,” said Allison Bovell-Ammon, director of policy strategy at BMC’s Children’s HealthWatch. Her organization and others including the Mass Law Reform Institute created a “Find Your Funds” website for residents to learn more about how they can access the credit.

Yet obstacles remain. Many poor families don’t have access to computers and will have to fill out the forms on their smartphones. The website is not mobile-friendly and it is currently available only in English, though the IRS promises a future Spanish version.

“Imagine trying to go on your phone and filling out this complicated form,” said Melanie Malherbe, a managing attorney at Greater Boston Legal Services who has been helping people apply for the credit. The fact that the registration is online and requires people to understand tax terminology made it inaccessible to many, Malherbe said.

Language barriers and fear have also kept some immigrants away. The Trump administration spread concern that information shared with the federal government could lead to deportation, said Marcil, which makes some eligible residents afraid to provide the necessary information. Others are simply uncertain where to start.

In Chelsea, Carolina Bedoya, 26, heard about the child tax credit on the news. It sounded good, but she doesn’t file income taxes and therefore is not in the IRS system.

Bedoya’s family is eligible to receive hundreds of dollars per month — an amount that could effectively change the lives of her two children, who are 6 months and 4 years old. But the path forward remains baffling.

“The only thing I knew was that somehow we needed to contact the IRS, and file taxes, and from there they would make a deposit with the credit for the children,” Bedoya said through a Spanish interpreter. “The truth is, it wasn’t very clear.”